The Ministry of External Affairs has denied that there is any change in the status quo at Doklam as agreed on August 25 paving way for “disengagement” at the disputed site between China and Bhutan. 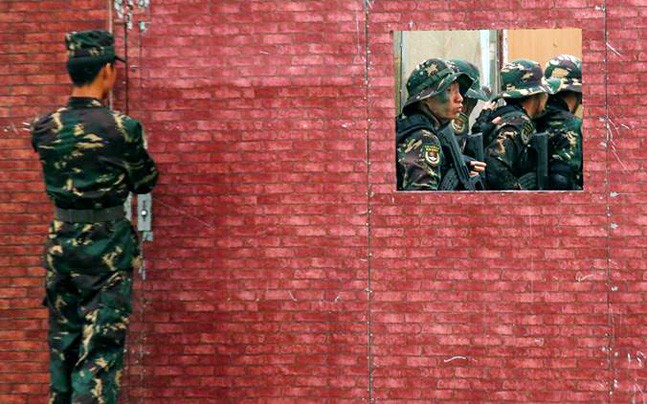 Following the “disengagement” understanding, Indian troops came back to their posts in Doklam. Chinese troops too pulled back. But, they stayed put at about 800 metres from the site of stand-off.

There are reports suggesting that the People Liberation Army of China has been building up its strength in the vicinity of the Doklam. China has officially reiterated its sovereign claim over Doklam plateau. But, the Indian side has maintained that the status quo agreed in August has not been altered.

Meanwhile, Indian forces have also strengthened their presence in the high mountainous regions for better acclimatisation to keep themselves ready in the event of any Chinese adventure along the borders – near Doklam or any other part of about 3,800 km-long boundary.

WHY CHINA IS INSISTENT UPON DOKLAM?

Many observers believe that Doklam build up by the Chinese side is largely due to the domestic political compulsions of President Xi Jinping, who is facing a stiff opposition in the Communist Party of China from the loyalists of former President Jiang Zemin, who continues to wield significant influence in the ruling party.

Jinping is hoping for an unprecedented third term in 2022. But, for this to happen he needs the decision to be approved by the CPC Congress, which will be held from October 18 in Beijing. The loyalists of Zemin are said to be against the idea of re-electing Jinping for the third time.

However, another set of observers believe that Doklam is a plot in the larger geostrategic game of China which it is playing with India. China is harbouring an ambition replacing the US as the world leader. Its various infrastructure projects including One Belt One Road (OBOR) initiative and development ventures in many countries are part of that strategy.

China finds India as a big stumbling rock in its global ambition. The hangover of 1962 war makes Beijing believe that if India is again demoralised militarily – not necessarily in direct conflict, it will establish China head and shoulder above India.

The military and economic gaps between India and China have grown wider over the last four-five decades. But, since the turn of the century, India has gained much confidence in dealing with China on both military and economic fronts. With Pakistan falling prey to the monster of terrorism that it created itself, China is the only rival of India for future.

Since the days of Atal Bihari Vajpayee government, India has focused on planning developmental projects in the areas bordering China. Manmohan Singh‘s government worked on improving connectivity in those areas. But, the process has gained a fresh momentum under the Narendra Modi government.

The attitude towards China seems to have changed in the government. Construction of dual use – military and civilian – infrastructure in Arunachal Pradesh and other states sharing boundaries with China have been stepped up.

Security cooperation with Japan, Vietnam, Australia and the US has deepened. India is expanding its reach in the Pacific region. Narendra Modi government has increased focus on the northeast region for strategic purposes. Narendra Modi has travelled to the region, including Arunachal Pradesh, a few times.

In 2016, the US ambassador was encouraged to tour Arunachal Pradesh. Six months later in February this year, Tibetan leader Dalai Lama was permitted to tour extensively in Arunachal Pradesh including Tawang. Dalai Lama’s Tawang visit received wide publicity and huge participation by the local people. This all happened while China kept expressing its opposition to validate its claim over Arunachal Pradesh, which it describes as South Tibet.

Doklam is a territory that is disputed between Bhutan and China. Located near India, China and Bhutan tri-junction, Doklam is inhabited by Bhutan’s pastoral communities and seasonally frequented by Tibetan herders. For long, China laid claim on entire Bhutan terming it part of Tibet.

Chinese logic is this: if Tibet forms part of China (India agrees to this), then all those regions that were part of Tibetan kingdom in the past legally belong to it. It was only during 1980s that China agreed to engage with Bhutan as an independent country.

India and Bhutan have a security arrangement under which New Delhi is bound to protect sovereign rights of Thimphu from external forces. China and Bhutan have border disputes in three pockets. It is believed that China wants to test if India would actually resort to military option to defend its ally.

Doklam stand-off happened as part of the Chinese scheme of testing India’s willingness in standing by its allies. Doklam tension is also an attempt by China to create a divide between India and Bhutan in order to take advantage of the small Himalayan kingdom.

Some other countries like Nepal, Sri Lanka and the Maldives have traditionally looked to India for some degree of protection. China has been trying for years now to wean away these countries from India’s security system.

Some other Southeast Asian countries like Vietnam, Malaysia and Indonesia have shown increasing inclination in having some sort of security ties with India. China has been vying for similar arrangements. But, China has turned out to be unreliable partner.

China has been heavily constructing infrastructure in border areas. In some cases, these activities have helped it expand its effective territorial control. China has captured Paracel and Spratly in the South China Sea region from Vietnam with massive construction on uninhabited islands.

China may be willing to replicate its South China Sea experiment in Doklam. If China succeeds in its achieving its goals of creating wedge between India and its long standing ally Bhutan over Doklam, it may be looking to execute the same template elsewhere. So, far India has proved an equal match in geostrategic maneuvering by China.

Lack of jobs will be major issue in next Lok Sabha polls: Yashwant Sinha

Regarding India’s position on the conflict in Ukraine, the US declares, “We would take PM Modi at his word.”